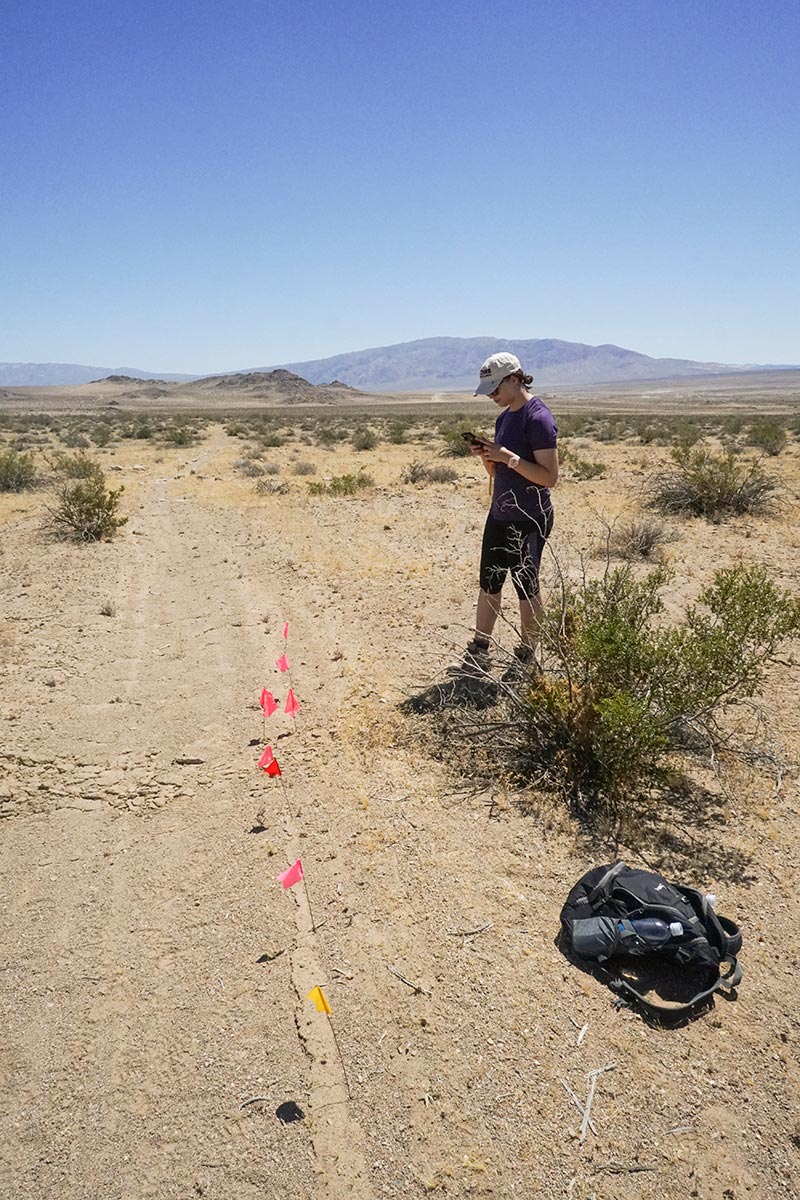 Field observations help scientists confirm if the earthquake has occurred on known or new faults, if it was along a single fault or if it ruptured multiple faults. Scientists measure whether the ground moved along the fault and compare it to other well-documented earthquakes with ruptures.

“All these data are critical in characterizing earthquakes and building better and safer structures, such as homes, high-rise buildings, and dams and bridges for future earthquakes,” says Padilla.

The immersive experience was an opportunity to learn firsthand the process and speed in which it is necessary to react to such major earthquakes and the importance of collecting observational data right away. 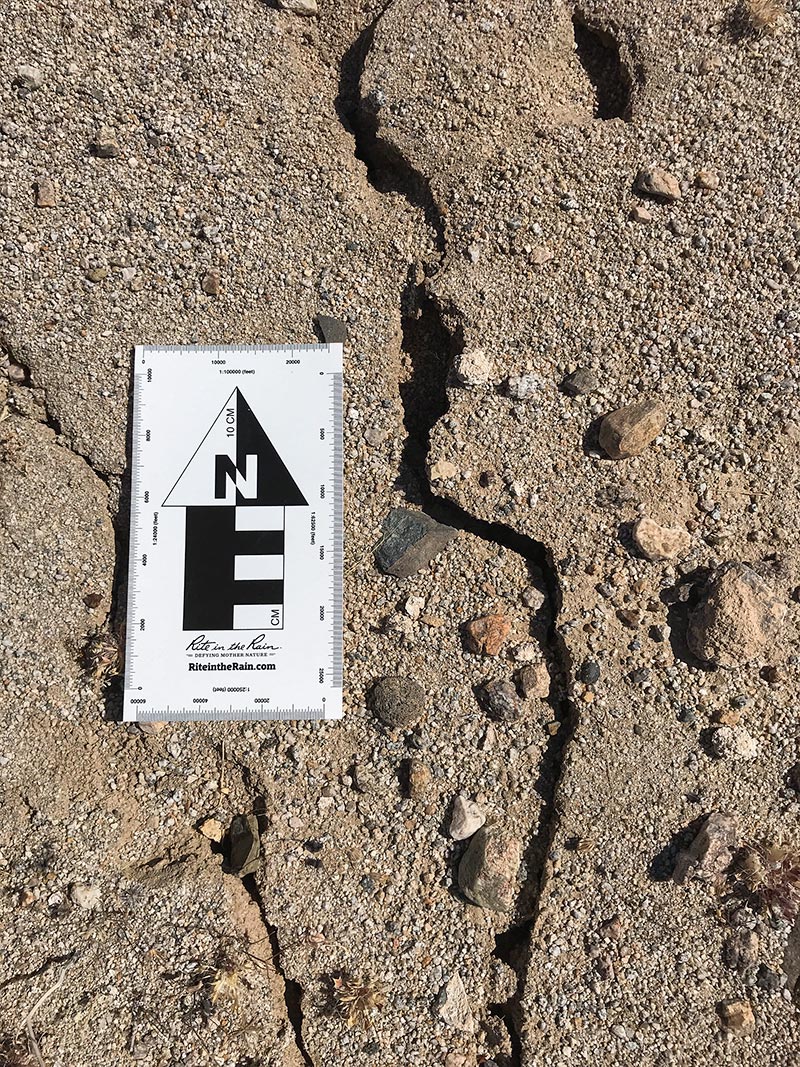 “We found that the road near Trona Pinnacles, east of Ridgecrest, was offset nearly 10 inches during the quake. We followed this surface rupture to the north to determine its length and slip magnitude. While there is still so much for me to learn, I am excited because there are so many things we do not know about earthquakes that is waiting to be discovered.”