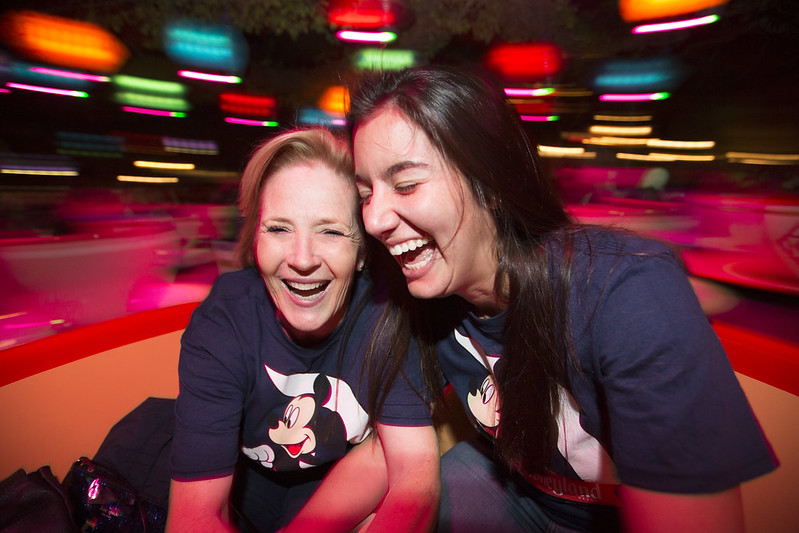 Titan alumni and campus members gather around CSUF President Fram Virjee (center) and his wife, Julie, for a group photo at the CSUF-Disney Mixer.

Disneyland, with all its bright lights, exciting rides and opportunities to visit with favorite Disney characters, played host to a celebration of Cal State Fullerton's 60th anniversary. For thousands of Titan alumni, faculty, staff and students, it was a night to remember as they took part in the university’s After Dark at Disneyland event Feb. 1.

More than 200 CSUF supporters kicked off the fun and adventure by enjoying a mixer where they could dine, meet CSUF President Fram Virjee and revel in Titan pride at Ralph Brennan’s Jazz Kitchen in Downtown Disney.

Then it was on to the park and several special anniversary activities: CSUF and 60th anniversary logos were projected on various building locations, commemorative buttons were distributed, and crowds of people gathered to have their photos taken in front of CSUF backdrops. A DJ added music to the magic as Titans danced in front of Sleeping Beauty Castle. The festivities continued until the wee hours of the morning as proud Titans enjoyed their favorite rides.