Retired Border Patrol sector chief Randy Stickles is talking to Titans just a few hundred feet away from Mexicali. Border Patrol jobs, he says, used to be very difficult to get.

“If you want to be a Border Patrol agent, you have to have some compassion,” he tells them.

Stickles spent most of his career in the region and retired 10 years ago. In the late 1990s, when he worked in Calexico, he helped community members adorn a border fence to cement the city’s ties with Mexicali. “They were thankful — at least they had a say,” he says. “I’ve never used the word ‘wall’ because you can see through it. We call it a fence. There’s a difference.”

One thing that is constantly overlooked among present-day arguments, he notes, is that ”anything a human being can build, a human being can go over it, under it or through it. It’s been proven a thousand times.”

“I get angry because of the two children who have died [while in U.S. border custody],” he tells students. “I can’t grasp that. Nobody should die because they cross the border. We would separate families for no more than a day. We would take the children to Public Health — we had that obligation — and we would give them back. I never consciously tried to separate a family.

“We’re going to have to change as a nation.” 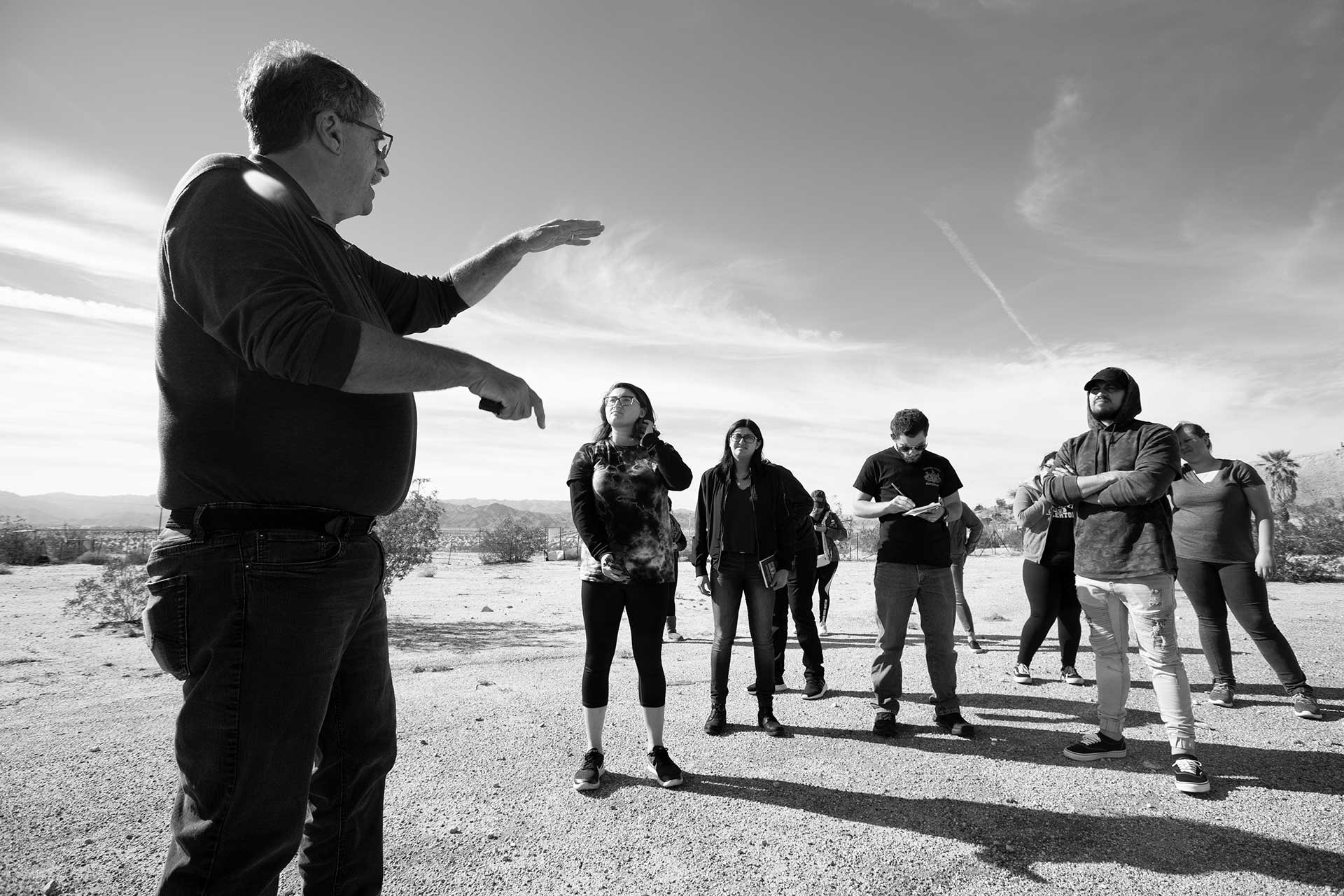 Stickles confirms that most drugs come in through ports of entry but also shares tales of footballs full of heroin hurled over the fence and of sophisticated underground tunnels funded by cartels and unavailable to the average person. These days, cartels are buying drones online and flying them over the fence.

Agents have bottles, Molotov cocktails, rocks and other objects thrown at them. People take a lighthearted view of such risks, says Stickles. “But let me show you what a rock can do to a human head. 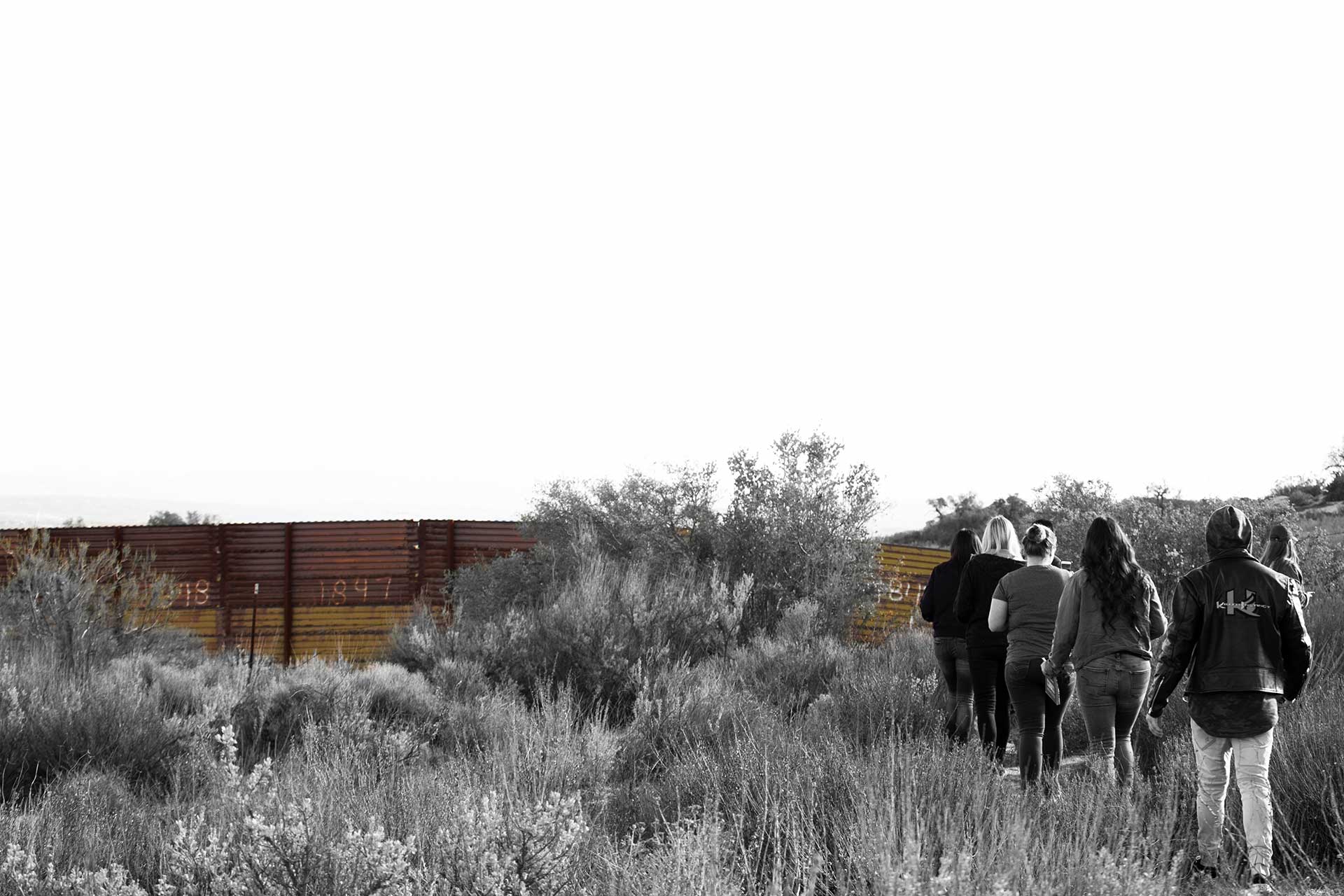 “Most of the folks that come over here — 99 percent of them — are good people. They want a job or they’re trying to better themselves.

“It’s the one percent you gotta worry about.”

The next day, at U.S. Customs and Border Protection - San Diego Border Patrol Sector headquarters in Chula Vista, the narrator of a visitors video proudly states: “San Diego is an example of border security success.” One of two Border Patrol agents answering Titans’ questions shares that his experience working in Tucson was vastly different from his time in Southern California.

“In San Diego, I had not seen any drugs come across (outside of ports of entry). In Tucson, I saw thousands — big bay hales of marijuana, 10 guys with bundles, one guy in front with an AK (47), one in the back with an AK,” he says.

A student asks, so is the wall important there but not in California?

“That’s a tough question,” says the agent. “I think it has to do with terrain. Here, the cities are populated with tons of people. Everybody and everything that’s crossing (down there) is basically determined by the smuggling organization or TCO (transnational criminal organization) in that area. They know what they can get away with.

“Every area is going to be different.”

One talks of intercepting a group of nine individuals and being able to arrest three. “I jumped on their backs and the rest scattered all over the place.” Whether it’s “bravery or stupidity, or a mix of both,” they say, agents are expected to act. The stress of carrying a gun every day and having to be hypervigilant wears on the agents. “On night shift, you’re bummed out the whole night.” Agents can retire after 20 years.

“It would be great if everyone I caught was a criminal,” states one of the agents. “I can be catching all day but the majority will be migrants looking for work — and lately, asylum claims.” 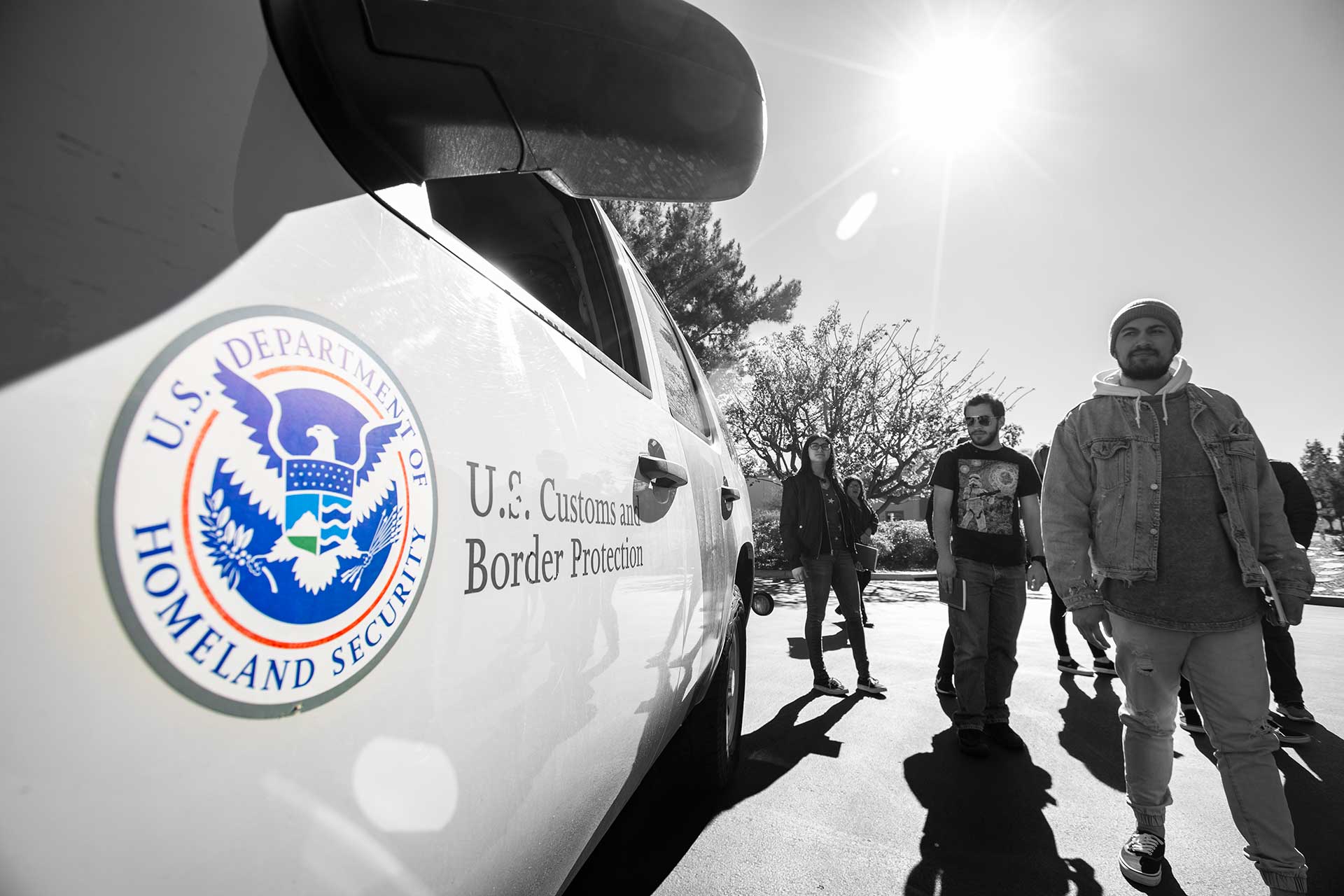 Chris Jones (senior, double major, criminal justice and philosophy): The conversations with Border Patrol and hearing their take on things were great because it put the political landscape into perspective a little bit better for me. I walked away with the mindset that I can't blame them. They're doing their job. Many of them, I'm sure, don't agree with a lot of the stuff that they have to do or what's going on. But mainly what I heard was, I’m just doing my job.