You are aliens and you eluded inspection by immigration agents when crossing into the United States,"

In the El Centro, California, federal court, students watch a single mom from Mexico stand before the judge. She is in her early 40s, with three children under the age of 18 and no criminal history, who came here looking for work. After her comes a young Colombian man with several convictions, then a small family from Guatemala who don’t speak Spanish but rather K’iche’, a dialect from the country’s highlands.

An interpreter is called via speaker phone to assist them. Each family member states a similar statement when addressed: “I understand the language you are speaking but not what you are telling me.”

Students are seeing the inner workings of Operation Streamline, a U.S. Department of Justice-Department of Homeland Security initiative that is relatively new to Southern California.

“For a long time, people went through a civil and administrative process to be removed,” says Robert Castro, professor of criminal justice. “Because it was done in civil court, people did not have right to counsel or other rights granted in criminal proceedings. Within the past decade, the federal government has taken a different approach to immigration enforcement: Instead of removing people through a civil process, they are prosecuting them criminally.”

Some have been here for 30 years, and have jobs and families in the United States. The U.S. Attorney General has implemented a zero-tolerance policy, which means all cases must be prosecuted.

The initiative has been criticized as “assembly-line justice” because people don’t have a lot of time with their counsel — sometimes only minutes.

“Many are asking, how can you identify any type of mitigating circumstances or find any exculpatory evidence that would suggest innocence, or figure out whether they have a credible asylum claim, in just a few minutes?” says Castro.

Ryan Moore (junior, criminal justice major): I remember the look of one woman in court — the look of dread on her face. She was coming in to work for her family. She was very concerned for her family and wanted to make a better life. That really brought a lot of perspective into what many migrants are dealing with, why they're trying to come here in the first place. 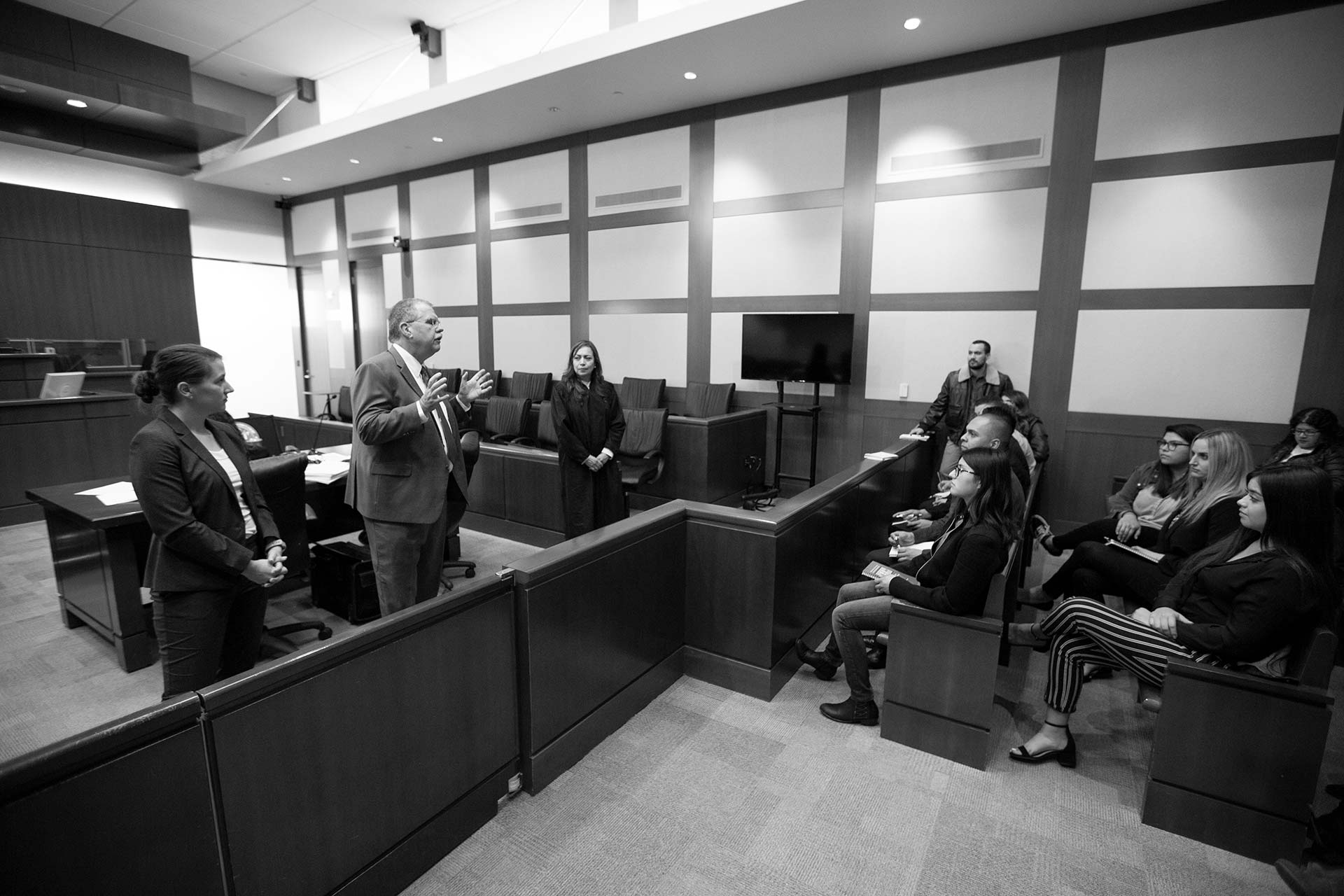 After the proceedings, Judge Montenegro, federal prosecutors, defenders and federal marshalls answer the students’ questions: How did they handle law school debt? How tough was it to get through those years? What should the students focus on before they get there?

“Really hone your writing skills,” Montenegro tells students. A first-generation college student, Montenegro is an advocate for diversity in law practice and judgeships.

“It’s important that students see themselves” in the representation of the law, she says. “And it’s important to pay it forward.”

“We’re seeing a great volume of cases coming in right now,” says James Johnson, supervising attorney and part of a nonprofit team of public defenders. His group “only handles court-appointed cases for those who can’t afford it. We’ll go to the mat if we have to.”

During the morning session, students witness proceedings against U.S. citizens who had crossed into Mexico, picked up drugs and re-entered the U.S. The assistant prosecutor shares that the majority of drug traffickers they see in court are U.S. citizens and that most illegal drugs come through ports of entry.

When asked for an approximate percentage of U.S. citizens bringing drugs into the country versus Mexican or Central American nationals, the federal prosecutor doesn’t hesitate: “About 60 percent.”

Most individuals being processed that day, she adds, came into the U.S. through legal ports of entry. 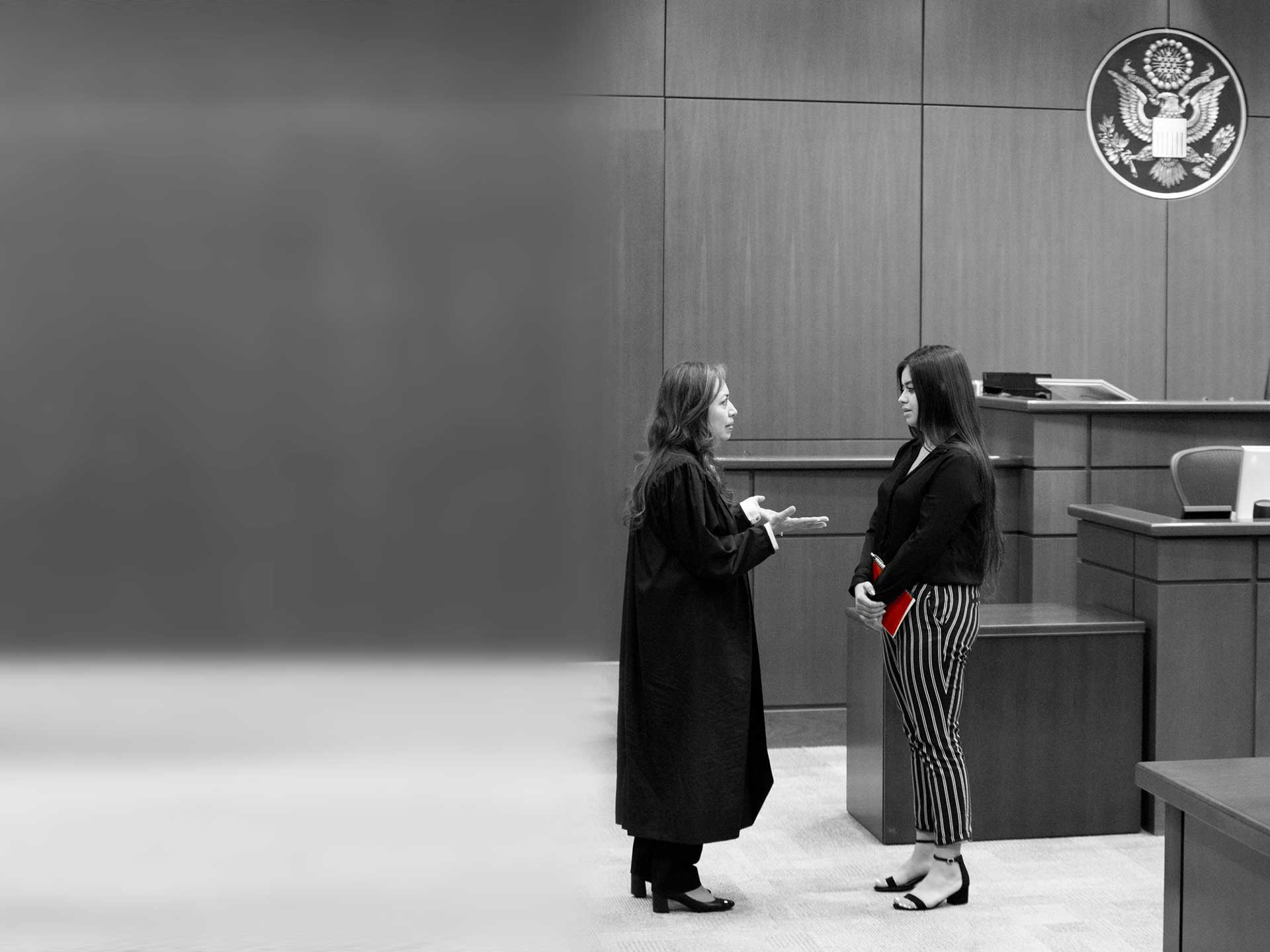 Lily Jiménez (senior, public administration major, political science minor): Learning the law and actually seeing it implemented, being in the courtrooms in the presence of immigrant detainees ... it's life-changing to know the stories, to know how much the law is affecting people. Learning about Operation Streamline and actually seeing it happen was definitely an experience that will follow me for the rest of my life.

And when are we going to have to be in the presence of a magistrate when she's giving her final thoughts or when she's sending people to jail? That first day in court, I had to speak to her because first of all, she's a woman. So respect ... she was so powerful. She genuinely wants youth to become more involved. She told me to follow up with her law clerk, so I emailed them a couple of days ago just to get some advice. 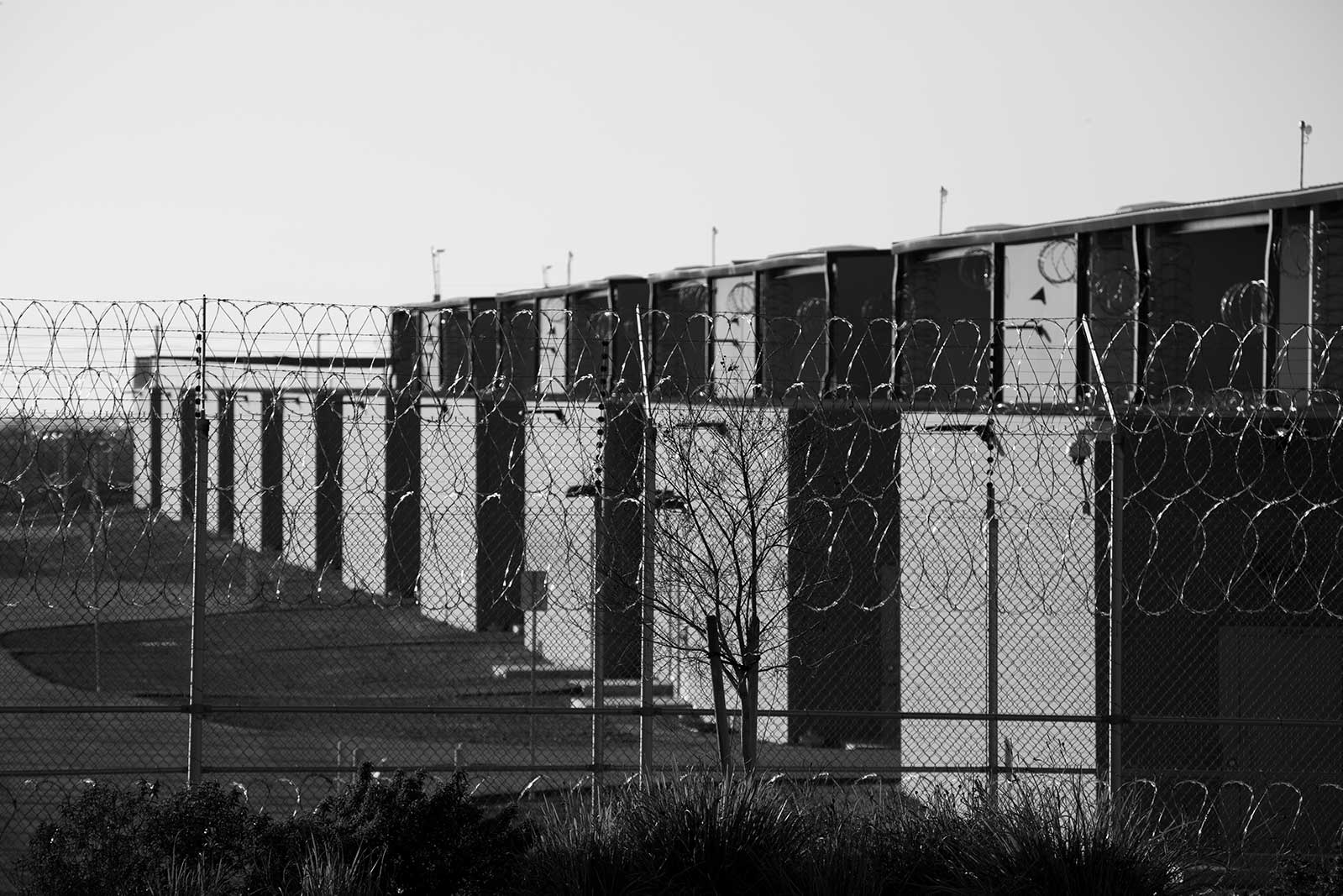 Judge Montenegro presides over criminal court in El Centro. Three days after sitting in her courtroom, students are in civil court at the Otay Mesa Detention Center in San Diego County, a stark Immigrations and Customs Enforcement facility privately managed by Core Civic.

Makeshift courtrooms are embedded within the center. Detainees from as far away as China and Cameroon, some fleeing persecution in their countries of origin, wait their turn before the judge.

Students comment on an elderly man, Holy Bible in hand, whispering to his son, who entered the country without proper documentation. The father, who resides in the U.S., tells the son in Spanish, “But your mother is about to come in.” Despite his father’s pleas and his attorney’s suggestions, the detainee chooses to go back to Mexico rather than remain in detention and fight his case.

Once back outside, students run into the immigration attorney who was defending the young man: “Did you see me fail today?”

The attorney mostly handles cases of Central American women fleeing domestic violence and teens escaping forced inclusion in gangs. Most of his clients snuck into the U.S. along the hills with coyotes — immigrant smugglers. “All of my clients who’ve snuck in would laugh at the idea of the wall,” he says. “Ask the Chinese if their wall kept the Mongols out.”

This lawyer loves his job. “If you want to help people,” he tells Titans, “do what I do.”

Jimenez: We’re funding prisons and we're gaining money off of each person we detain. I feel like money plays a big issue into the cause of how we're treating and why we’re detaining them. 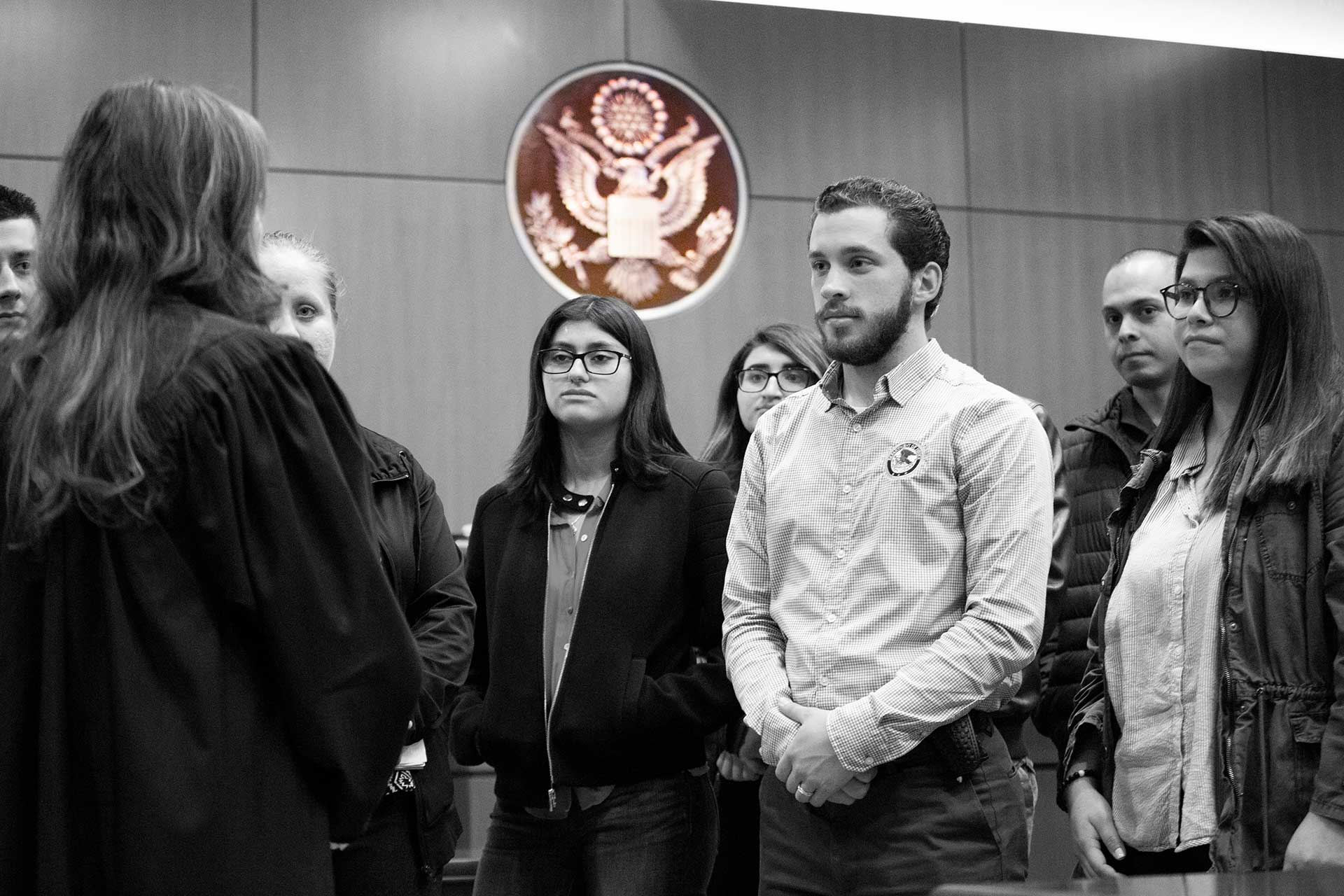 Moore: What we saw was that the government is a complex system. We're talking about justice being rendered and what we probably got the most was that if there's something about the government we really want to change, then we need to go forward and make that change.